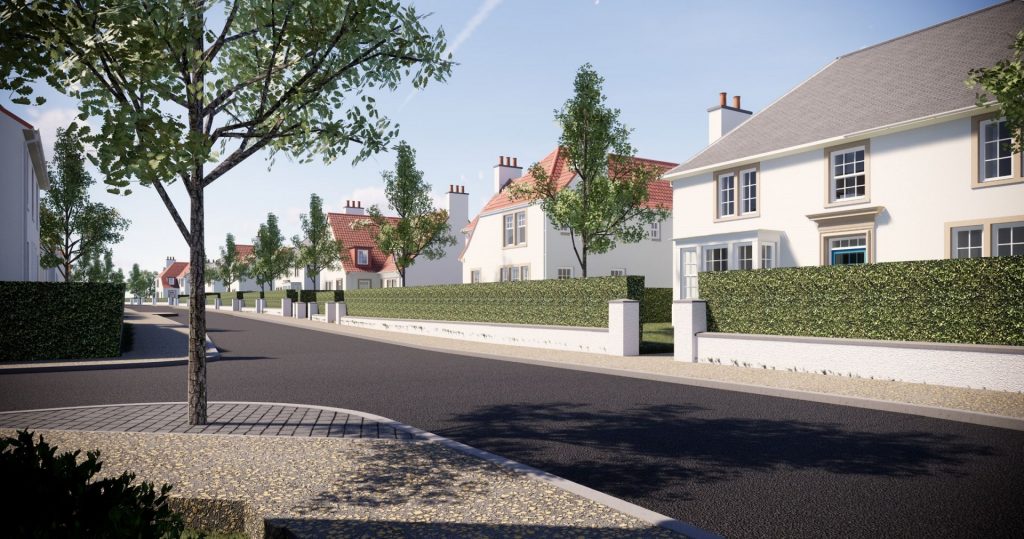 Longniddry Farm Cottages is a new mixed-use development consisting of approximately 470 new homes and 12 industrial and commercial units (offices, café and shops). It has been designed around a vision to make the village even more sustainable and attractive to future generations.

The development is being built over two phases by two developers, over approximately five years, with Cruden Homes as the lead developer. The developers and landowner, Wemyss and March Estates, will ensure the development delivery is as per the principles and commitments made to the local community.

The utility scope of the project for Energetics Design and Build was to design and install:

We will also be connecting each home and commercial unit and an existing cottage to gas, electricity and water.

Bringing in the HV network through the main street of Longniddry required extensive initial off-site work, so we needed to keep disruption to the residents of Longniddry to a minimum. Our negotiations with SPEN reduced >600m off-site works down to 245m, resulting in much-reduced disruption.

We also needed to bring in a medium pressure gas CSEP (Connected System Exit Point) under a nearby railway bridge. By liaising with Network Rail, this was completed without difficulties or delays.

So far, Energetics has installed the infrastructure, one substation and one gas governor.

The first thing Cruden Homes East (CHE) looked for was a cost-effective tender submission encompassing all elements of a Multi-Utilities Design, Supply and Installation package, together with the agreement of a realistic payment profile. Due to the sensitivity & complexities of the project, they also needed a multi-utilities contractor who would be willing and able to listen to the Developers’ concerns and work with them to provide cost-effective design solutions and deliver the best value.

CHE were glad to work with a business that could provide a dedicated team and point of contact throughout the lengthy and, at times, exhaustive tender review & negotiation period. The onus was on the appointed Utilities Contractor to initially prepare draft designs and work with the developer to drive the designs forward to approval status, including obtaining suitable Points of Connection (POCs).

Split – but not divided

Intricacies surrounding land ownership raised concerns about the legal position from the outset and required significant involvement from Energetics. Cruden Homes East was the lead developer and was ultimately responsible for the appointment of the Multi-utility Contractor. With two developers working on the project, our contract had to be split between them, effectively giving Energetics two clients.

We needed to ensure that our work complied with the landowner’s design code. Our plans also had to allow for the enabling work for Phase 2, the future servicing of the commercial units and allow for renewables and Electric Vehicle Charging Points.

Alastair Reid, Technical Director at CHE:
“From day one, Energetics Design and Build has been attentive and listened to our concerns regarding the development, responding quickly where required. Energetics has continued to work closely with ourselves in relation to proposed landowner design constraints and, despite the added complication and delays due to lockdown, are now progressing steadily with both delivery of off-site and on-site works”.

For a no-obligation proposal and outline design email hello@energetics-uk.com or call us on 03300 587400. 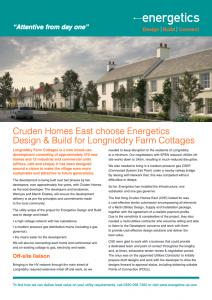 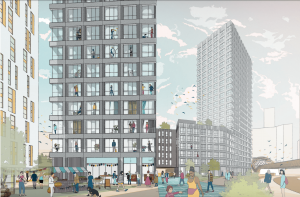 Adding Value Through Innovation at The Rock in Bury

Mossgate Promises as ‘Safe as Houses’ with Energetics

Energetics Takes a Flexible Approach at Saxton in Leeds

We use cookies on our website to give you the most relevant experience by remembering your preferences and repeat visits. By clicking “Accept All”, you consent to the use of ALL the cookies. However, you may visit "Cookie Settings" to provide a controlled consent.
Cookie SettingsRead MoreAccept AllReject All
Manage consent

Our website uses cookies to distinguish you from other users of our website. This helps us to provide you with a good experience when you browse our website and also allows us to improve our site.

A cookie is a small file of letters and numbers that we store on your browser or the hard drive of your computer if you agree. Cookies contain information that is transferred to your computer's hard drive.

We use the following cookies to recognise and count the number of visitors and to see how visitors move around our website when they are using it. This helps us to improve the way our website works, for example, by ensuring that users are finding what they are looking for easily.

When entering this website, you will have been informed that we intend to use cookies and asked whether or not you consent to our use of cookies.

If you have said “I agree” to cookies, your consent will be saved and you will not be asked again about cookies on subsequent visits to our website. We will still remind you that cookies are being used and give you information on how to disable them.

Most web browsers allow some control of most cookies through the browser settings. However, if you use your browser settings to block all cookies (including essential cookies) you may not be able to access parts of our site.

If you have any queries concerning your data or this policy then please contact dataprotection@lastmile-group.com or write to us at:

G72 0FT
Necessary Always Enabled
Necessary cookies are absolutely essential for the website to function properly. These cookies ensure basic functionalities and security features of the website, anonymously.
Analytics
Analytical cookies are used to understand how visitors interact with the website. These cookies help provide information on metrics the number of visitors, bounce rate, traffic source, etc.
SAVE & ACCEPT
Powered by